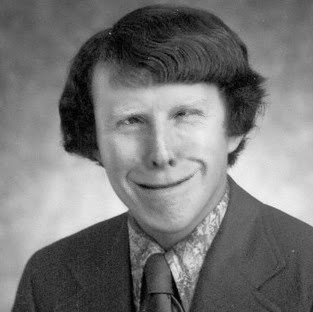 Ordinary people often say to me "Mr Quimbly, I like Twitter, but I just don't know the proper etiquette, cor blimey so I don't guvnor. Is there some sort of effing guide, sir?"

I've written this especially for you, if you happen to be one of those people.

Here are some tips to guarantee your tweeting success!


1.  Always preface a RT with a 'LOL!' or a 'ha ha!' so that people know you think it's funny and haven't just retweeted it by mistake, like a half-witted, sausage-fingered clot.

2. Don't be shy about explaining someone's tweet to them. They may have tweeted a joke by mistake and be feeling rather foolish as a result. A reassuring tweet to show them that you understand their intention better than they do themselves is sure to meet with their approval, and guarantees a thank you tweet and an immediate follow. Also, you will be left with a warm fuzzy glow, knowing that you have done a good deed.

3.  A tweet to someone that you don't follow, taking a light-hearted tweet seriously shows that you have no concept of irony and are probably a right laugh in the pub. If you find their tweet offensive, as is your right, feel free to abuse them and form a virtual mob, until they are forced off Twitter. The bastards.

4.  Reply to someone's funny tweet with a funnier tweet of your own. Preferably a variation on the original tweet, which is so close in wording as to be almost indistinguishable. Guaranteed chuckles!

5.  Or why not send a version of a half-remembered old joke that is similar in some way? Lolsville!

6. Rewrite their joke in textspeak and retweet to your followers, 4 xtra LOLs!

7. Don't forget to edit or rewrite their tweet for space, so that you can add your own amusing comment. They won't mind a bit!

8. If they've used someone's real name in their tweet, instead of their @name, why not RT including that person's @name so that they can share the joke too? The original tweeter probably had no idea that person was on Twitter, otherwise why wouldn't they have done it themselves? They will be thrilled with your help.

9.  Steal their tweet verbatim.  They'll never find out. If they do, just say that you found it on Facebook; that there wasn't enough room to include their @name; that someone texted it to you, or that your retweet button is broken. These are all perfectly valid excuses. Then tell them to fuck off and get a life because nobody owns jokes.  Death threats are also currently very popular.

10. If someone tweets something vaguely similar to one of your tweets, accuse them of stealing it. What are the chances that two people have expressed the same thought in 140 characters or less? Almost zero. Remember, on Twitter everyone is guilty until proven innocent. However, none of this applies to Keith Chegwin.

11. Always let someone know when you're unfollowing them. They probably keep a close eye on their follower list and will be glad of the update.  Also,  if possible, give an ungrammatical reason for your unfollow, ie. 'Your not funny', 'your a twat', or similar. This is particularly important if you've had no previous contact with them, and they are totally unaware of your existence.

12. Always complain when people tweet about something that you're not interested in. For example, if someone is tweeting disparagingly about X Factor or a similarly popular television programme - tell them to stop watching if they're not enjoying it! And then go back to tweeting endlessly about football.

13. Be sure to let people know when you've seen too many tweets on the same subject. Tweet about it! It's far more interesting than another variation on a joke that's been done to death.
Alternately, switch off Twitter and go for a nice, calming walk. In the real world.

14. A celebrity death is an ideal opportunity to post an untimely joke in poor taste, or tweet something grossly insensitive in order to show everyone just what an arsehole you are.
15. And don't forget the emoticons. Lots of 'em. Hilarious!

These are just a few tips to get you on the road to Twitter popularity. Good luck and happy tweeting!

P.S. If you've been affected by any of the issues raised in this blog, please feel free to contact me using my special, private Twitter @name, which is:  @piersmorgan.